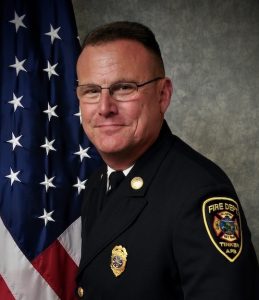 The Commission on Fire Accreditation International has welcomed Chief Terry Ford as the commissioner representing Department of Defense fire and emergency service departments.

Chief Ford holds a bachelor’s degree in Fire Science Management and a master’s degree in Human Resource Management. He is a graduate of the National Fire Academy Executive Fire Office Program and earned his designation as Chief Fire Officer in 2002.

Learn more about the individuals that volunteer their time to oversee the accreditation process.