During the last week of September, the CPSE Board of Directors, Commission on Fire Accreditation International, and Commission on Professional Credentialing met in person in Orlando, Florida.

An app was used to verify the vaccination status of everyone who attended.

Returning to in-person meetings was not without its challenges. After extensive research on how to hold safe and engaging meetings, CPSE chose to implement a vaccine mandate for attendees supplemented with social distancing and mask wearing. These precautions did not, however, detract from the team building, information sharing, and decision-making goals of the meeting.

Joint Board of Directors and Commission Meeting

The week kicked off with a joint Board and Commissions meeting. Many of the attendees were new to the group and/or their role. Having engaged exclusively online for the past 18 months, we were glad to see that the commitment to the CPSE mission and values was strong among members meeting for the first time.

The focus of the day was primarily to engage with everyone and provide a CPSE orientation for new members and a re-orientation for returning members. This provided a cross-education of understanding corporate matters, such as fiduciary responsibilities, and the customer journeys for accreditation and credentialing. Additionally, information on our support programs such as the technical advisor program and CPSE University were provided. 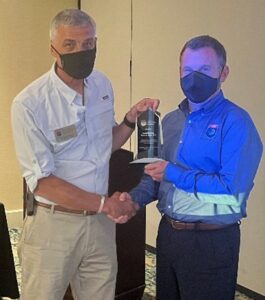 Each Commission Chair provided an update on the immediate past and near future of their programs. During the CFAI briefing, Chair Dongworth, CFO, thanked Chief Terry Ford, CFO, for his service on the commission as the DoD representative from July 2019 through June 2021. 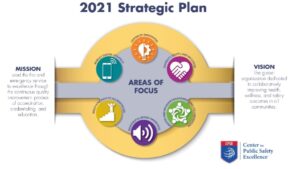 As the day was concluding, each board co-champion shared updates on their respective area of focus of the CPSE 2021 strategic plan which was unveiled in February.

At the conclusion of the meeting everyone shared their key takeaway. Several of the members shared that it was so awesome to finally meet people in-person, not just via Zoom!

The CPSE Board of Directors met on Tuesday September 28th. This was the first in-person meeting Jeff Pomeranz (City Manager, Cedar Rapids, Iowa) presided over since taking on the role of CPSE President in January 2021. During the full day of deliberations, the CPSE Board reviewed the corporate financials, considered various legal and governance items, and dialogued regarding CPSE’s growth and how best to measure and track it. The CPSE Board welcomed three new members during the meeting: Chief Reginald Freeman, CFO (Oakland, California), Chief Terry Ford, CFO (Tinker Air Force Base), and Dr. Sara Jahnke. To build on a goal to achieve greater alignment among the Board and Commissions, board members joined CFAI and CPC during their meetings.

Likewise, the Commission on Fire Accreditation International (CFAI) held their business meeting on Tuesday September 28th. Since March 2020, all site visits have been held virtually and virtual hearings will continue through the end of 2021. The commission discussed what hearings and site visits will look like in 2022 with new guidance regarding hearings and site visits being released in the coming weeks. The first set of agencies to achieve accreditation under the 10th edition will meet with CFAI in-person during the 2022 Excellence Conference to held March 22-25, 2022, in Orlando, Florida.

The CFAI Program Director provided the commission a briefing on current accreditation numbers and projections for hearings for the 5 years: 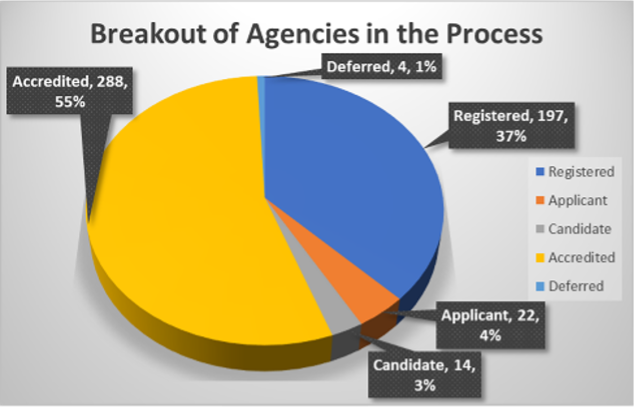 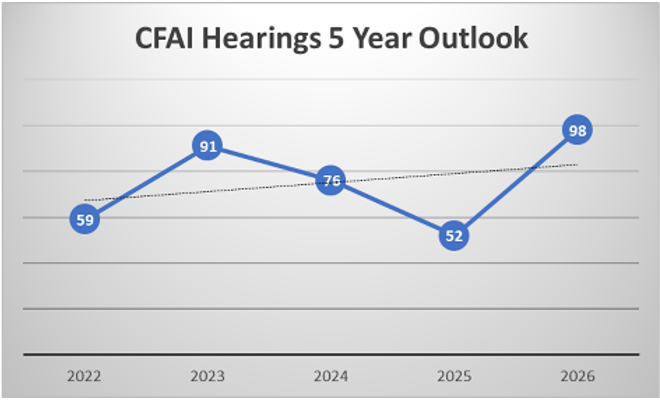 The Commission on Professional Credentialing (CPC) also held their business meeting on September 28th. One agenda item covered at all the meetings is the conferring of new and renewal designations. A total of 42 were honored with the professional designation for the first time and 91 were conferred for another three years with their respective designations. Voting on these 133 designees brought the total of designees to 2,668. 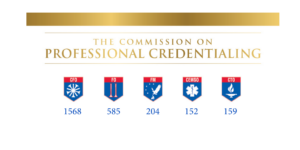 The Commission reviewed a request to align expiration dates of those who hold multiple designations by the Commission.  The Commission decided to survey those with more than one CPC designations to see if it would warrant such a change.  Stay tuned for more information.

In addition, the Commission had a lengthy discussion regarding the current signature requirement for the supervisor attestation statement and the fact that some candidates have difficulties in acquiring such a signature. The Commission voted to eliminate this requirement across all designations.

The CPC plans to roll-out all candidate application updates reflecting the new technical competencies and removing the supervisor attestation statement in January 2022.

Following the two-days of Board and Commission meetings, CPSE held a CFAI Team Leader Symposium with 44 peer team leaders present. The symposium kicked-off with CPSE Board President Jeff Pomeranz welcoming everyone and thanking the team leaders for their dedication and countless volunteer hours to the accreditation process. CFAI Chair Steve Dongworth, CFO, echoed Jeff’s comments. 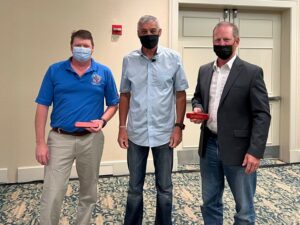 This two-day symposium provided training specifically designed to provide team leaders a better understanding of the 10th edition of the accreditation model and help them manage their teams. Some of the training topics included Consistency in Interpreting the Model, Developing Peer Team Synergy and Conducting Effective Interviews. 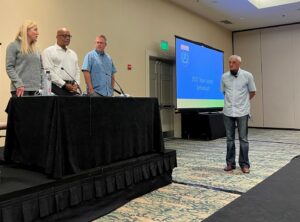 It was a productive and exhausting week. The message from everyone was clear “so great to meet and network in-person!”